We’ve had the RV almost 5 Months now, and as part of our continuing effort to document the 2016 Winnebago ERA70X we thought it time for an update.  The unit now has 7,129 miles on the odometer which is about 1,500 miles per month. Of course, that includes 1,000 miles to get it from the factory to Dallas, and then 2,500 miles from Dallas to the Western Outpost.

We’ve added one gallon of DEF and had another propane fill (second one) over those 7,129 miles. Generator use as been moderate:

The blackwater tank remains unused and pristine. The freshwater tank that had North Texas prime municipal water has been replaced with Southern Oregon Cascade mountain water. 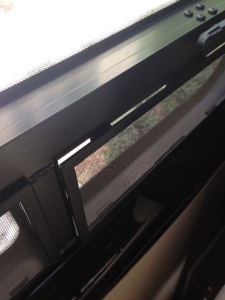 New Warranty item: Loose screw holding cooktop to counter.  It had a rubber gasket on it that hid where the Winnebago installer had stripped the Philips head bolt.  Instead of doing the job right, Winnebago half-assed another task on the unit.  Will be shown to McClain’s when we drive the unit back to Texas later this year.  Again, waiting for the Japanese to build RVs for the American market. In the meantime, Coachmen is building Class B units very similar to the ERA line. It’ll be interesting to see how they match in price and quality. 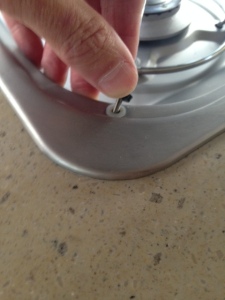 Tires are holding pressure and there have been no anomalies since the screw in the LF tire. On the Oregon trip, we did have a tire sensor bug out again, showing “No5” as it did coming over the Raton Pass in New Mexico,  But it self-corrected eventually.

We did have a Recall Notice issued for the ERA70X related to the air pressure sticker that goes on the inside door. Winnebago says the front tire should be at 61 psi cold, not 55 as it currently has it.

Between the two of us, we are proud parents, Texans, Texas Exes, long distance runners, cyclists, adventurers, a guitar player, a computer programmer, a great cook, a lawyer, an engineer, a physicist, etc. etc.
View all posts by winnebago70x →
This entry was posted in McClains RV, Warranty, Winnebago and tagged status update, Warranty, Winnebago. Bookmark the permalink.